"Beneath the Ice" was our entry for PyWeek 22 (September 2016), a twice yearly video game development competition that gets competitors to build a complete game from scratch in seven days using the python programming language. This competition's theme was "You can't let him in here!" and we made a submarine exploration game and puzzle solving adventure, in which you must uncover the secrets of a mysterious pariah who doesn't want to be found, who can't let you in! The game was developed under the collaboration "Team Chimera" (myself and Lucid Design Art, who did all of the game's artwork). This is Team Chimera's third game in a PyWeek comp, after "The Wizard's Data" and "Adrift".

We were super excited to win both the Team Entry and overall winner with a score of 4.41 out of 5.0. Our score also makes "Beneath the Ice" the second highest ranking game in PyWeek history! (almost one thousand games over more than ten years!), so it suffices to say we were pretty pleased with the result :). 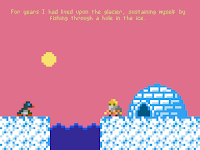 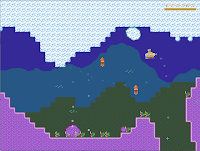 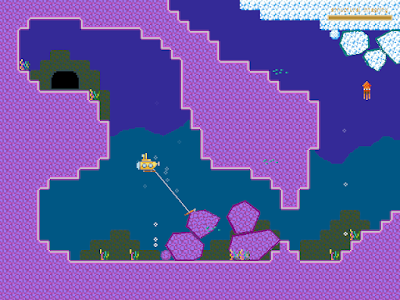 Here you can find the latest version of the game. We are currently in the process of cleaning the game up a bit (bug fixes, graphical updates and gameplay tweaks) and this page will be updated again over the next few weeks. The game is currently available for Mac OS 10.6+, Windows or as a source code distribution (multi-platform: windows/osx/linux) that requires the pre-installation of python and pygame (see instructions below):

Instructions for running the source distribution:

(1) Install python 2.7.11 (currently not working with python 3): go to https://www.python.org/downloads/ and download the installer for your platform.
(2) Install pygame: Once python is installed, pygame 1.9.1 can be installed using these instructions.
(3) Download the zip file above, unzip to a location of choice. Open a terminal (osx) or the command prompt (windows), change directory to the path of the game and type "python run_game.py". 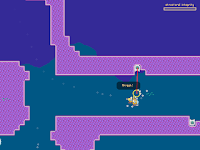 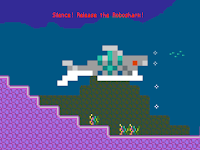 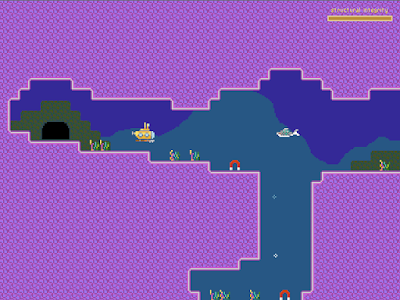