"HackerBot" was my solo entry for PyWeek 24 (October 2017), a twice yearly video game development competition that gets competitors to build a complete game from scratch in seven days using the python programming language. This competition's theme was "They're Behind Everything" and I made a 3D stealth game in which you control a little hacking robot trying to break into a space-based installation and steal data. You can "hack" into (and take control of) more powerful NPCs in order to help complete objectives (hence you're behind everything). 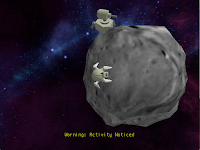 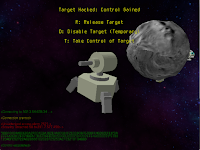 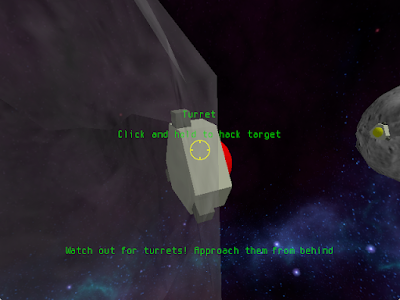 The game character is a little bot that can crawl around and jump from asteroid to asteroid. You need to avoid being detected by much more powerful "SentryBots" and turrets that essentially one-shot you. Your only "weapon" is your ability to "hack" into things when they get close enough: you can hack into shield generators to shut them down and access new areas, you can sneak behind guarding turrets and put them out of operation and you can even hack into passing SentryBots, take control, and wreak some havoc with their on-board weapons. The game features six levels and a giant boss battle to boot! 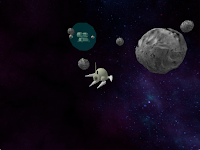 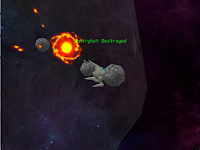 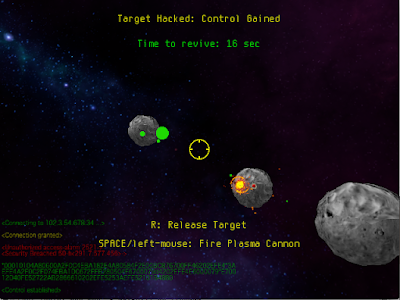 I was super excited to win both the individual entry and overall competition winner with a score of 4.29 out of 5.0. This score puts the game into the top ten PyWeek entries of all time (tied in at number 7, out of more than 1000 games over more than 10 years!) so I was pretty pleased with the result :). 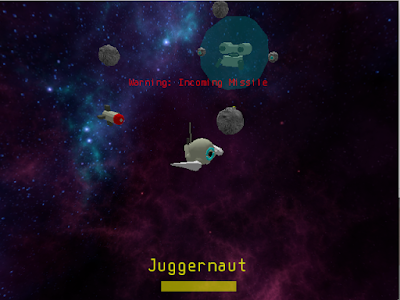 Playthroughs:
Here you can find a full playthrough of the game, broken up into two parts:


You can currently download the game as either a source release (works with Windows/OSX/Linux, but requires additional installations) or as a standalone Windows application (I'm still in the process of getting the standalone OSX version working):